The History of the CSWC

The History of the CSWC

In 2009, Marko Bilić began organizing cigar events at a local bar in his hometown of Split. It was past midnight on one of these evenings when he and a friend were smoking a couple of Churchill-sized Cubans. Because the cigars were very humid, they kept going out, and with only two matches left in the box and still a lot left to smoke, they started focusing heavily on the cigars. If they went out again, that was it. Night over. “It turned into a competition, and it was a lot of fun,” Marko explains. 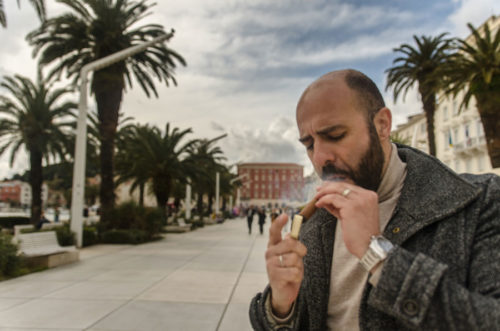 He realized that there was something missing at the events that he organized, a level of excitement. They were always very similar. He suggested to his friend that they do it again, but with more people, so next time there were five or six. Coming home from that night, he started doing research. Did anything similar exist? “I found out there was a slow smoking competition with pipes, but not for cigars,” he says. “So I started thinking up rules to make it more interesting. Why not combine this with the long ash competition, for example? If you lose your ash, you get penalty minutes. Same thing if you burn the ring.” The first official Cigar Smoking World Championship (CSWC) took place the year after. Two years later, it was held in what once was Josip Tito’s private villa and the location for a meeting between cigar icons Winston Churchill and Josip Tito in 1960. Today it’s used by the Croatian president. “I thought it’d be fun to recreate that evening, and somehow we managed to convince the president to give us the green light,” Marko laughs. “Churchill was on Aristotle Onassis’s yacht when Tito invited him, so at sunset all the guests went to Tito’s villa on four big yachts, and I lowered down champagne onto each boat from a helicopter.” Quite understandably, the rumor spread quickly and soon thereafter it exploded. After a while the tourism board realized that a lot of people were discovering Split because of the CSWC. To Marko, this was a game changer for the cigar community as a whole. 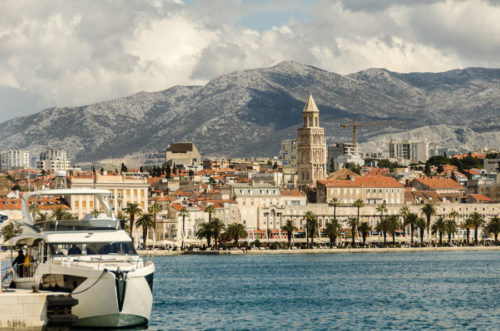 “There had never been a cigar event connecting the cigar community like that, and there hasn’t been one since. Members of different cigar clubs started meeting each other at these events and soon enough they started doing business together. The idea for Cigar Rights of Europe was born at one event, for instance.” Nowadays, the CSWC attracts attention outside the cigar community. In 2018, The Wall Street Journal wrote about the US qualification round and the year after The New York Times covered the grand finale. The 2018 world champion, Hauke Walter, was even invited to talk about the competition on two TV shows when he went back to Germany. “CSWC is practically like any real sports event. It’s about socializing around a mutual passion.”